We were absolutely thrilled to team-up with The Walt Disney Company to stage the press conference for one of the year’s most eagerly-anticipated films, released in UK cinemas today!

We applied a creative treatment to the initial artwork provided by Disney to create a stage wrapped in photo-floor to give the appearance of a sea-bed and a backdrop with 3D elements of the Octopus. We even supplied a range of underwater plants to the rear of the stage which looked like they were growing out of the sea-bed stage.

The press conference was attended by Ellen DeGeneres who provided the voice for the main character, Dory, and writer and director Andrew Stanton.

This was the first time we’ve worked with the Walt Disney Company and our creative team wanted to showcase their talents and capabilities to a national and international audience. 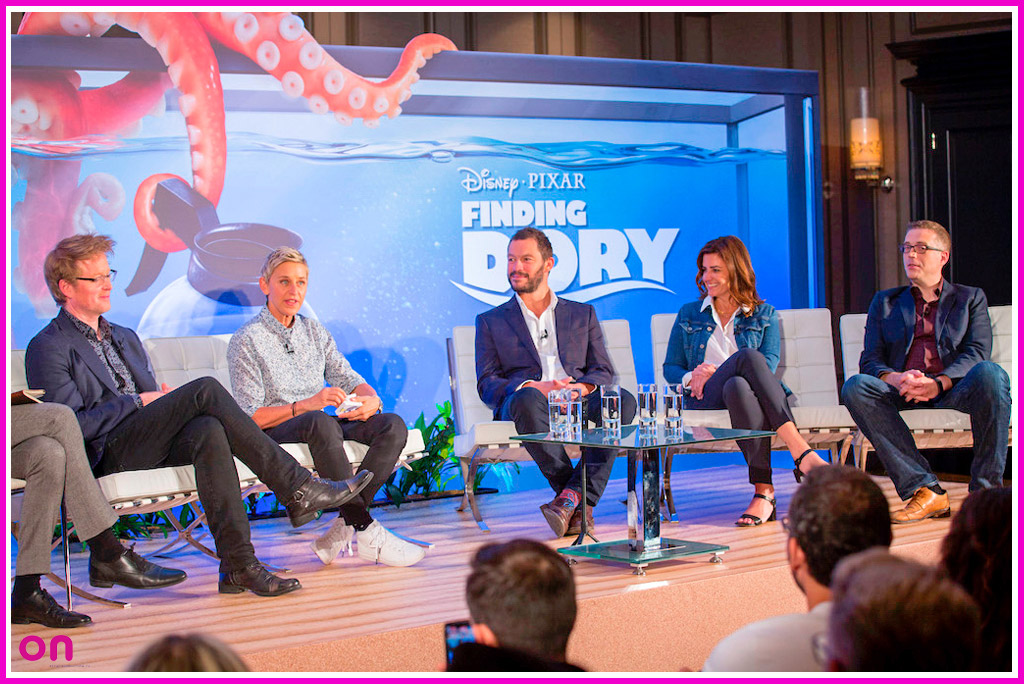 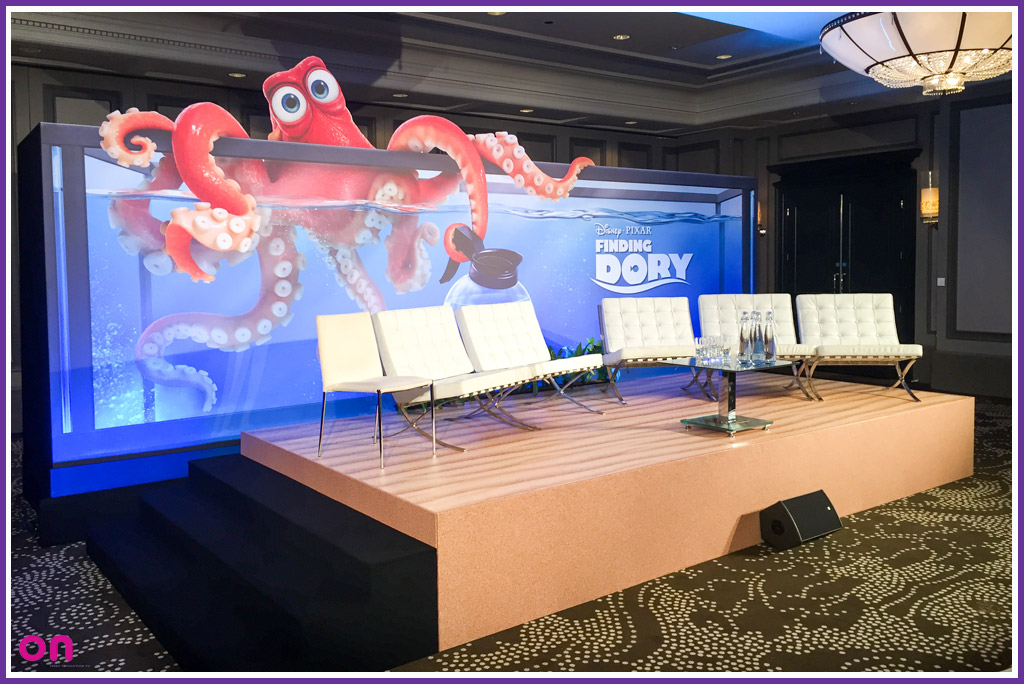 Commenting on the event, Guy Eaton, managing director at On, said:

“It was a pleasure to work alongside Disney to stage the ‘Finding Dory’ press conference. We enjoyed the challenge of producing an impactful backdrop and stage set.”

The sequel to 2003’s ‘Finding Nemo’, ‘Finding Dory’ follows the title’s character as she attempts to be reunited with her estranged family. The film features the voices of Ellen DeGeneres, Sigourney Weaver and Idris Elba. 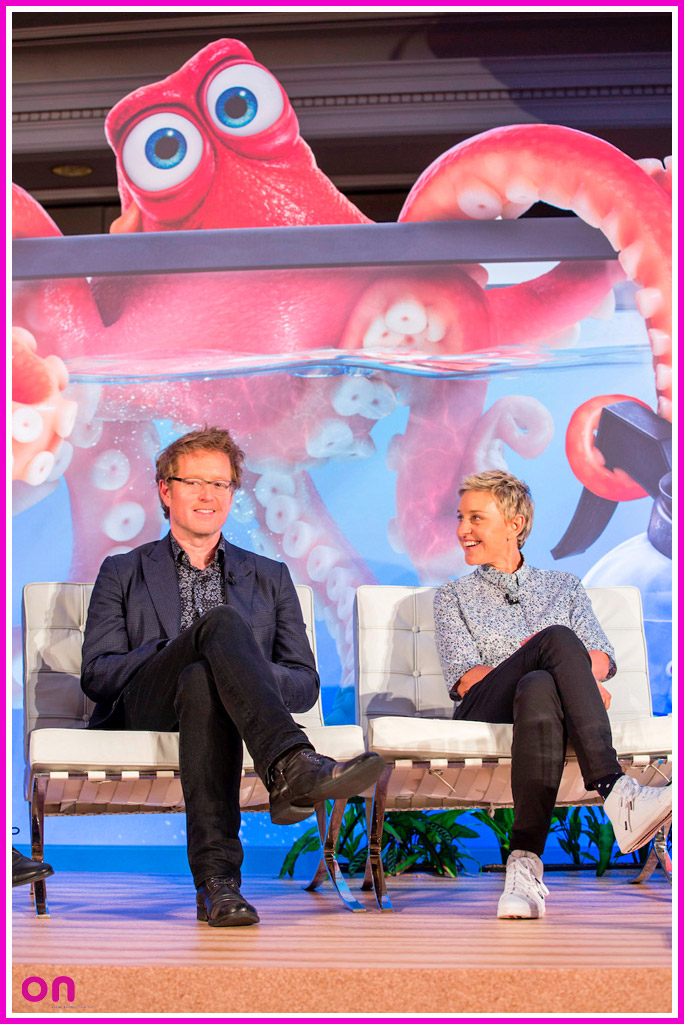 Here at On Event Production Co. we provide an innovative range of audio and visual production services together with custom design and manufacture of creative sets and scenery. We love live events and together we can make yours something special.