On Helps Budweiser "Bless this Beer" at 2018 World Cup

2nd May 2018 in Creative Installations

Creating a custom-branded tank to hold the grain which Budweiser will use to create a special beer for this summer’s World Cup was a challenge we accepted recently.

Working with our good friends at Frukt, we were asked to source and create a special Budweiser-branded vessel for the launch of the brewing giant’s ‘Bless this Beer’ campaign.

The beer-maker is an official sponsor of this summer’s football extravaganza, in Russia. It plans to create a special limited-edition beer, a bottle of which will be sprinkled on the pitch – to ‘bless’ it – at the opening game between the hosts and Saudi Arabia. 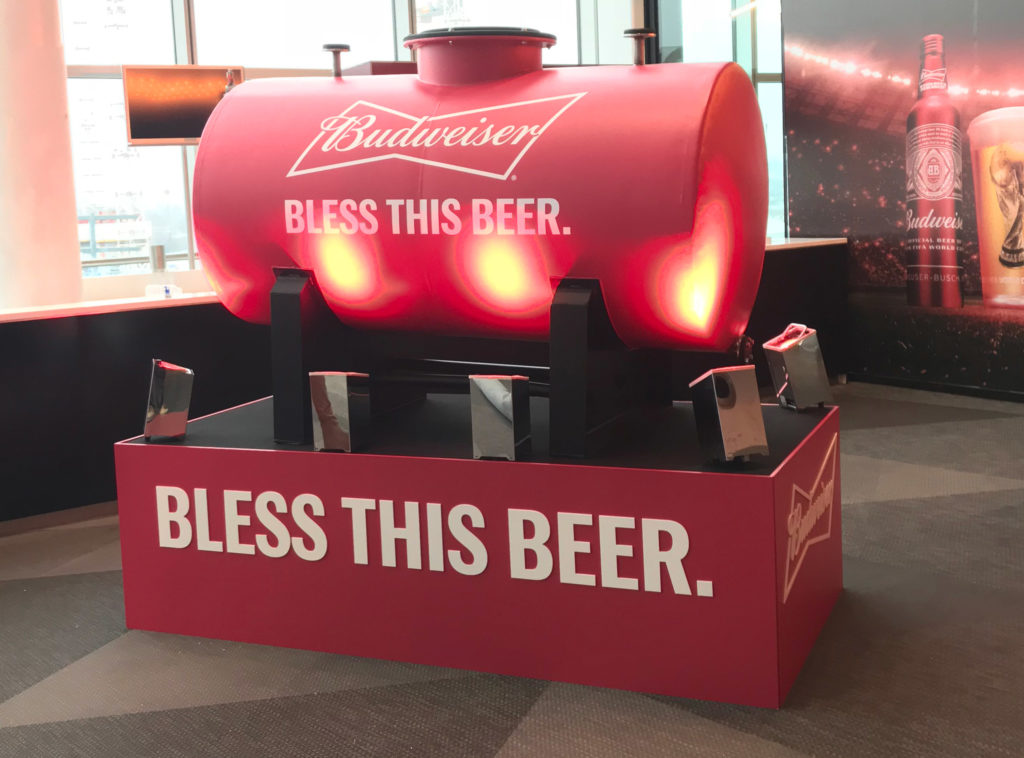 We were asked to create a vat containing the grain that will be used to brew the beer, which would be signed by key Budweiser employees at a special event, before being shipped off to the brewery.

It proved quite a challenge……We scoured the country looking for old brewing tanks and other equipment, but to no avail.

However, after much searching, we managed to find a rusty old toothpaste container, which we managed to clean-up inside and out, build a custom still for and brand it in Budweiser’s famous red and white colours and iconic logo, all in time for the launch event.

Anabelle Parslow, our Fabrication Project Manager, said: “It was a real challenge to source a tank which fit the bill and then get it back into a usable condition, so we’re really pleased with the end result.

“The tank is on-brand and looks absolutely amazing.

“It’s not every day that we get to work on a project that will be beamed around the world, so it was a fun one to work on.”

On serves up a Wimbledon treat for Stella Artois