A giant LED wall measuring 22.5m wide by 3m tall was the centrepiece of a striking stage set created by On Event Production Co recently for Europe’s largest annual convention for coders.

We were set the challenge by our good friends at White October Events for the recent Angular Connect conference, in London. Due to the tech-savvy nature of the event and its delegates, we were tasked with raising the bar of the technical production to ensure this year’s event stood out against all others. At its centrepiece was a giant LED wall which was used to display graphics, presentations and films throughout the event.

We also provided all the lighting, sound and staging to support White October Event, ensuring the conference was slick and polished delivering a professional experience to everyone involved.

Supporting the event for the 3rd year since it commenced in the UK, this LED wall feature across the rear of the stage was 2.6mm pitch, running from a Barco E2 and a D3 media server… 8640 x 1152 pixels to be precise! 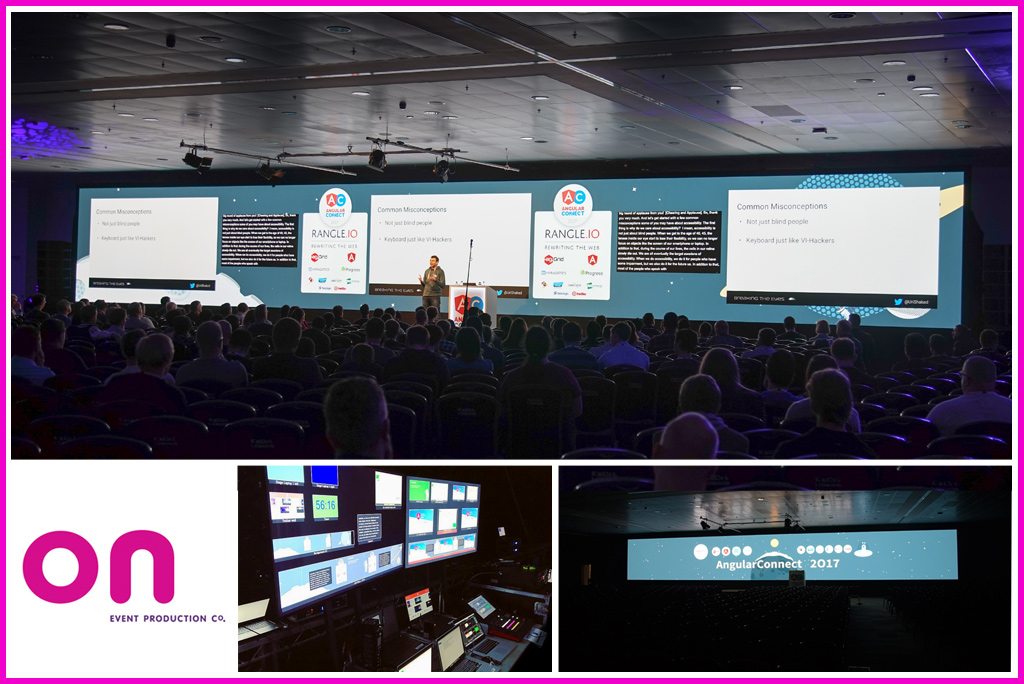 Adam Dewhurst, our Production Director, said: “This was a huge event for coders from across Europe, who really know their tech, so it was crucial to deliver a production that would be remembered for a long time.

“LED walls have really come into their own at events like this. They are far more versatile than traditional projectors, so what you can achieve with them is limited only by your creativity and imagination.

“Building an LED wall of this size was a challenge, but we delivered a spectacular event. We have the in-house technical expertise to deliver a build of this size and as a result, were able to provide the backdrop for an event that everyone present will remember for a long time to come.”

Megan Kingdom-Davies, Event Manager at White October Events, went on to say: “We love working with Adam and the team at On, their level of professionalism, ability to solve problems quickly and sense of creativity adds such value to our events”

“We couldn’t imagine working without On for our events now.” 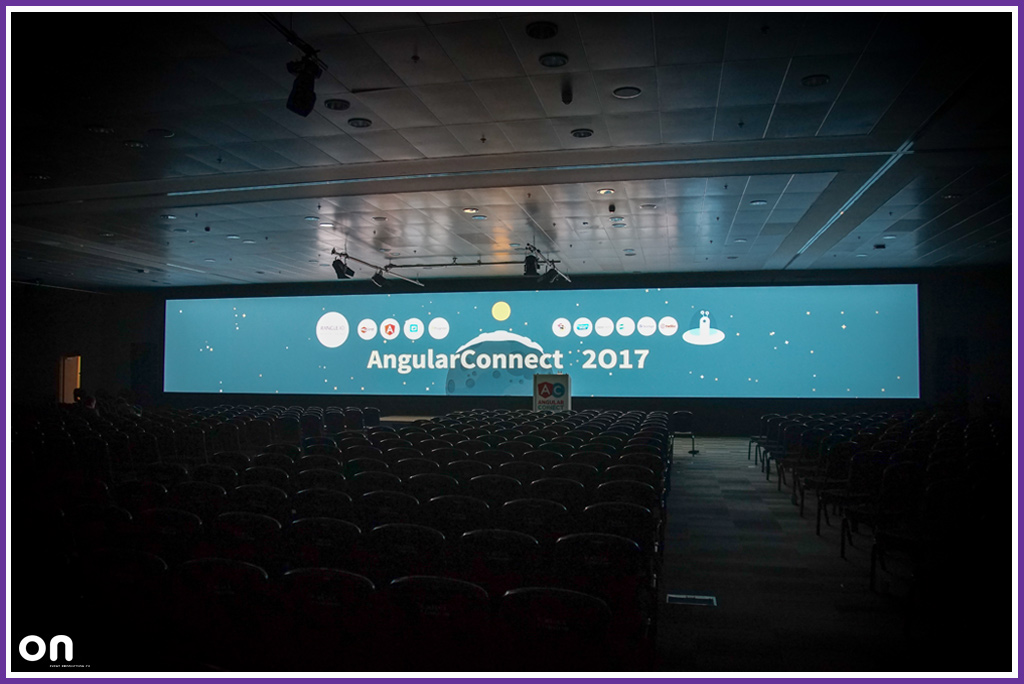 We Create, We Shape, We inspire