The recent cold snap which battered Britain presented a major logistical challenge to the team here at On, as we helped to stage the launch of a major new manufacturing facility in Yorkshire.

Rail giant Siemens has signed a long-term agreement for lease of land, in Goole, where it plans to establish a new state-of-the-art factory to manufacture and commission trains. This development, which could mean an investment of up to £200m, was unveiled by Transport Secretary Chris Grayling at the 67-acre site last month. 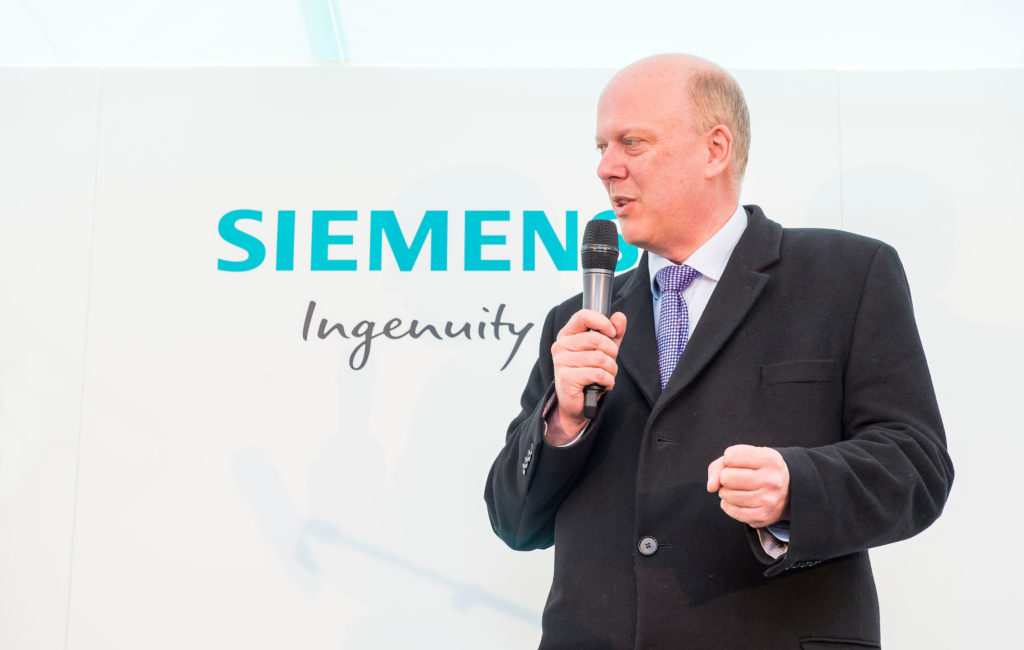 Through our good friends at Award Winning Agency, Primary Live, we were tasked with providing full technical, staging and production support for the event, which made national headlines.

The launch was housed in a large marquee, with an elevated platform at the side, which looked out over the site.

However, as the marquee was being built, Goole was being battered by the ‘Beast from the East’ and heavy snow meant the roof couldn’t go on until the morning of the event. 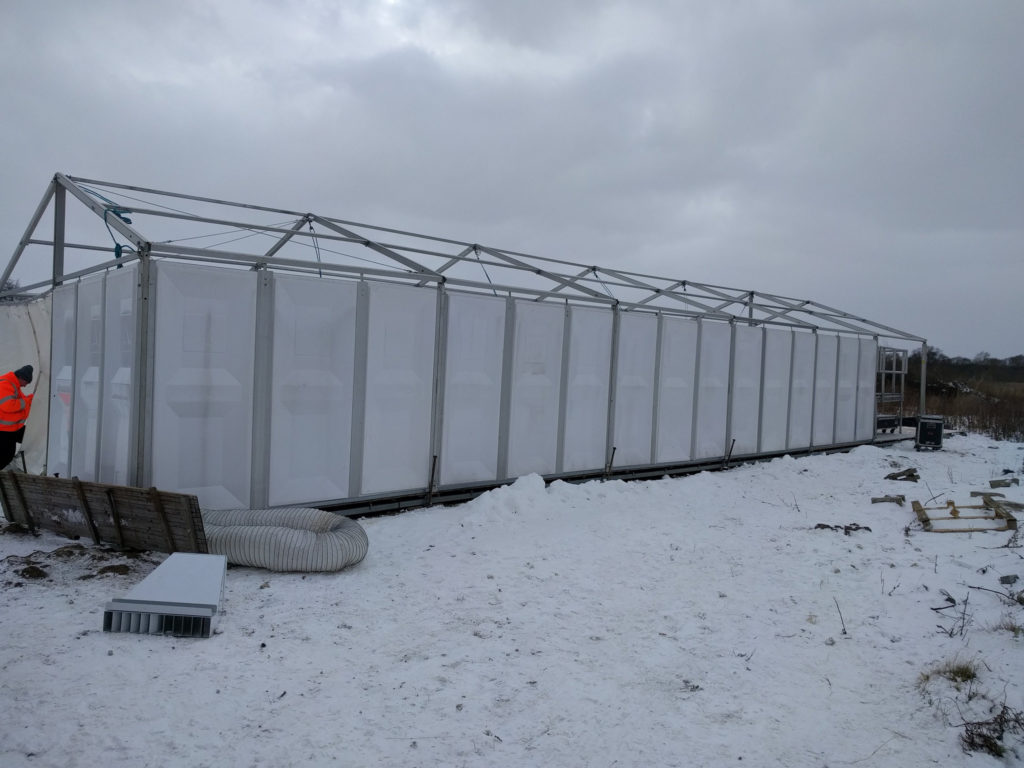 Consequently, on the day of the event, once the roof had gone on, we had to clear the floor of the marquee of snow, so the floor could be carpeted and the show could go on.

It took our team and a band of dedicated volunteers around three hours to shovel all the snow out, so the event could go ahead as planned.

Jake Moore, our Production Manager, said: “It was a case of best laid plans for this event, which was all going well until the day before, when it started to snow heavily.

“It meant we couldn’t get the inside of the marquee set up as planned, because it had no roof so was exposed to the elements, so it was all hands to the pump on the morning of the event.

“It was a high-profile event and we knew the eyes of the media would be on it, but we managed to get all the snow cleared in good time, so everything could go ahead without a hitch.

“The weather even remained clear on the day, so Primary could get the drone up to get some stunning footage of the event and the site, for the official video of the launch.”

5 reasons why you should care about experiential marketing

On Collaborates with Ear to the Ground for Mini-Mudder Challenge