We’ve recently completed one of our favourite themed projects of the year so far - to provide full production for a ‘Ghostbusters’ themed awards ceremony for leading convenience store group McColls.

The event took place at the Telford International Centre, in the presence of more than 350 of McColls’ store managers and suppliers and working with our friends over at the 4th Wave, who designed the concept for the event, we provided sound, lighting and stage set for the McColls Store of the Year 2016 awards.

The project, which was handled by On’s production management team, required a high level of skill and experience to combine a number of complex design elements.

A two-tier stage was created to accommodate the evening’s proceedings and on either side of the stage we fitted layers of flowing material, which were projected on to create a holographic effect.

We installed a series of grills on the front of the stage with a dry-ice effect coming through and built several striking custom-designed light boxes, to tie in to the theme “Who you gonna McColl? 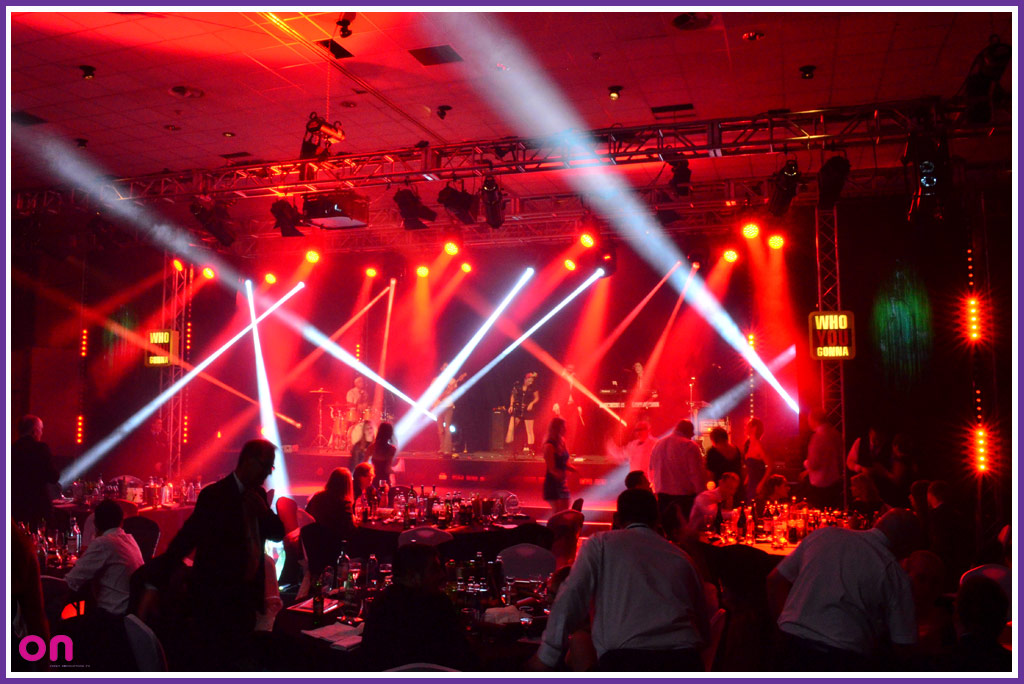 At the back of the set we added a Kabuki screen, which dropped down into the stage on cue, revealing the band for the evening.

We used a Prolyte truss for flying the lighting rig and brought in our L-Acoustics Kara sound system, which provided an incredible acoustic experience for the audience.

Our team also kitted out a dedicated seminar room to enable senior team members at McColls to meet with suppliers. This took the form of a central stage, with a catwalk down the middle and projection screens on both sides of the room. We also supplied one of the bespoke built stands in their exhibition which took place in another hall, which was used by suppliers to display their products to McColls store managers and other key decision makers. 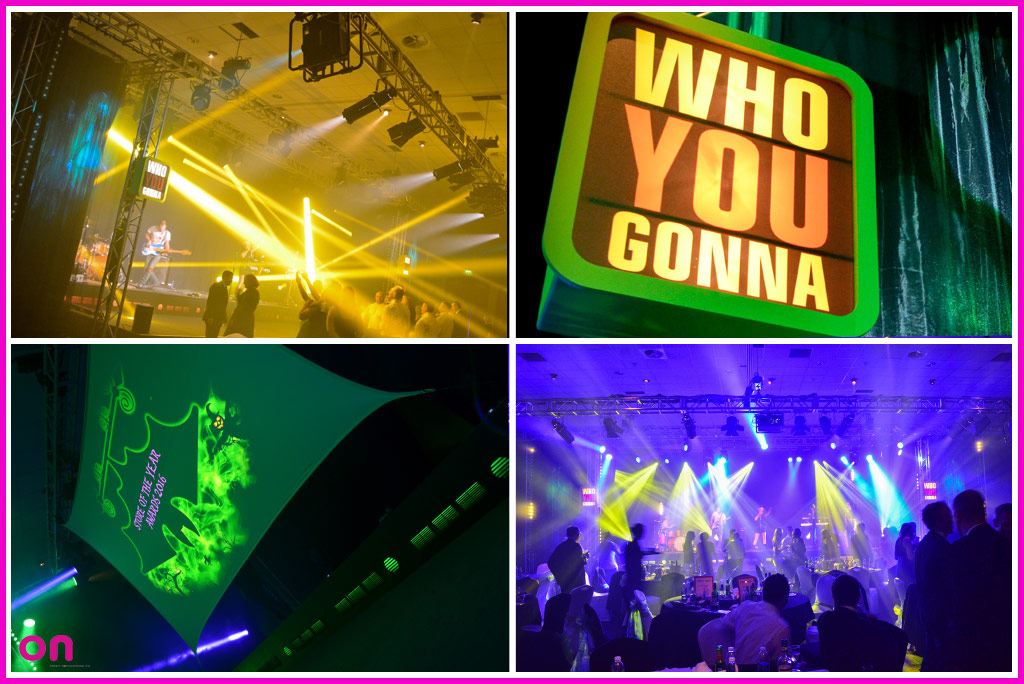 Everything was handled in-house – from the set and scenery manufacture to project management, installation and operation.

This is the second time we have collaborated with communications agency the 4th Wave, recently, having worked with them to transform a new hangar at Duxford’s Imperial War Museum.

Speaking about the project, Jake Moore, production manager of On, said:

“As the event space was quite big, we were able to pull out all the stops and help create a fantastic stage set that will live long in the memory!

“Creative director Alan Ellis and the team at the 4th Wave have incredible energy and it’s always a pleasure to work with them. We look forward to strengthening our partnership with the agency in the future.”

McColls Retail Group opened its first shop in 1901 and is now the leading neighbourhood retailer in the independent managed sector running 1,348 convenience and newsagent stores, with 884 McColls branded UK convenience stores and 464 newsagents.

Are you looking for creative event production specialists?