On the back of the success of last year’s event, we were invited back to handle the production for this year’s series of events for the Sunday Times Virgin Fast Track 100.

Fast Track 100 brings together the top 100 fastest growing private companies in the UK to celebrate their success and the very best of British entrepreneurial spirit.

This year’s annual event marked the 19th anniversary of the Fast Track 100 league table and was held by Sir Richard Branson at his family home in Oxfordshire.

Our specialist team provided full technical production including sound, lighting and bespoke set build for the event, which kicked-off with a conference. High profile guest speakers headlined from businesses ranging from Just Eat and The Sunday Times, to Brewdog and the Ambassador Theatre Group.

The event also included a charity auction for Virgin Unite, which has seen entrepreneurs at the Fast Track 100 event raise more than £2.3 million over the years for the Branson Centre of Entrepreneurship in South Africa.

Commenting on the success of the event, On‘s production director, Adam Dewhurst said:

“We were delighted to have been invited back to work on the production of this year’s series of events for Fast Track 100.

“Providing our services for this event at the home of Sir Richard Branson for a third successive year was a real privilege – the event ran very smoothly and we are looking forward to supporting the events programme for many more years to come.” 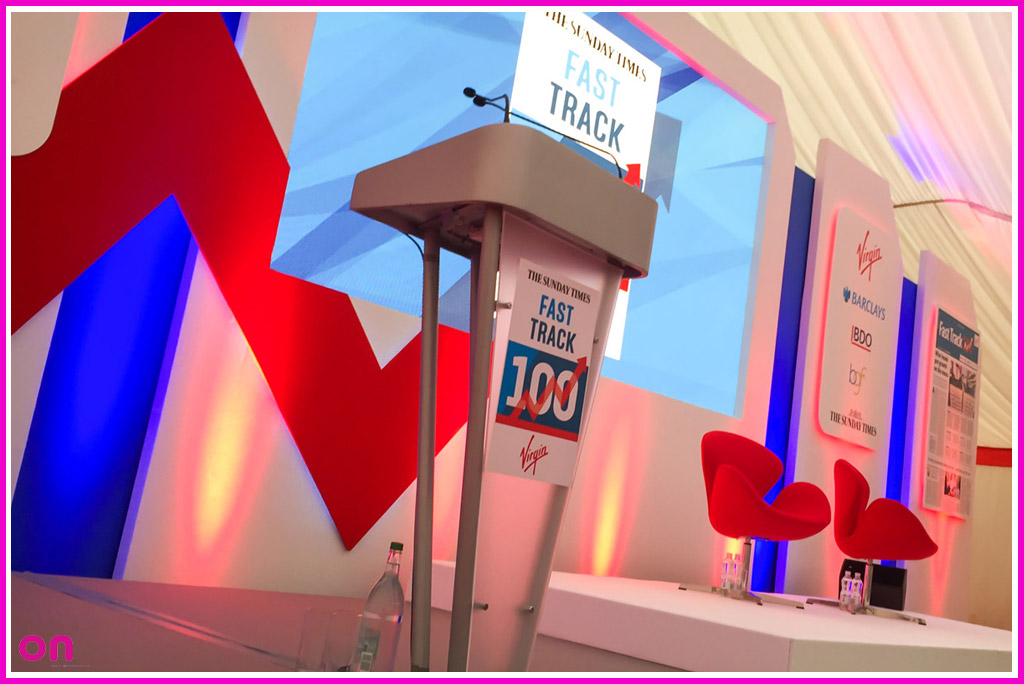