We always like to work in spaces that are a little out of the ordinary, so imagine our delight when we were charged with the task of transforming the Aircraft Restoration Company’s new ‘Stephenson Hangar’ at Duxford’s Imperial War Museum in Cambridgeshire into a giant events space ahead of its official launch.

We worked alongside communications agency the 4th Wave, on the official launch of the hangar, which was named in memory of Air Commodore Geoffrey Dalton Stephenson, CBE and leader of 19 squadron.

The hangar has been specially built to house the maintenance work that the Aircraft Restoration Company is carrying out on the RAF Battle of Britain Memorial Flight’s Avro Lancaster, a rare example of the most successful heavy bomber of World War II.

The event also marked the unveiling of the display of Stephenson’s own Supermarine Spitfire Ia N3200, along with two other permanent display aircraft – the only Bristol Blenheim I still in existence and a Spitfire XI, flown by the famous Lettice Curtis of the Air Transport Auxiliary. 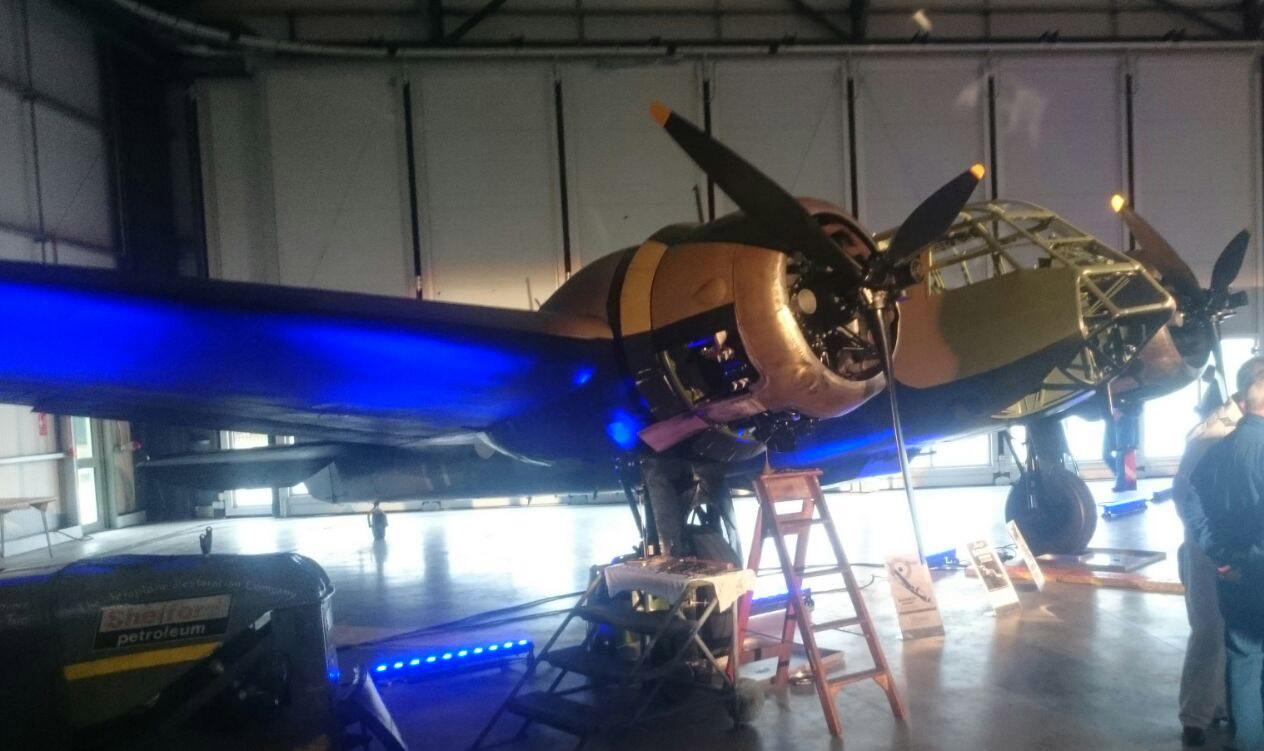 Under the creative direction of the 4th Wave we transformed the bespoke hangar into a giant events space and handled stage, lighting and sound reinforcement, as well as providing a giant red carpet especially for the event.

We also produced a stretched canvas banner, measuring five metres long, which served as an attractive backdrop to the stage, and uplit the static aircrafts’ fuselage and wings to create an eye-catching display.

Speaking of the launch, Guy Eaton, managing director at On, said:

“This was a really inspiring project to work on and it’s great to know that we’ve contributed towards celebrating such a significant part of history.

Everyone at the 4th Wave, the ARC and Duxford’s Imperial War Museum was a delight to work with, making sure our job was straight forward and the event was a massive success, attracting attention on a national and international scale.”