On sends Derby County F.C’s season out on a high

Last month On Event Production Co. made sure that Derby County F.C’s season ended on a high with full event production for the club’s high-profile end of season awards ceremony.

Our creative production specialists provided set design, set manufacture, sound, video and lighting for the awards ceremony, which took place at Pride Park Stadium and was attended by management, staff, players, sponsors and guests from the local business community.

This is the fourth consecutive year that Derby County F.C have entrusted us with the event production for their awards evening. Previous themes have been inspired by The Great Gatsby, The Oscars and a Contemporary Nightclub with this year’s set designed around the colour emerald to reflect both Pride Park Stadium’s 20th anniversary and the colour of the team’s third strip this season.

We created a graphic backdrop for the stage which depicted the impressive roof structure of the Rams’ stadium. The colour emerald was reflected right from the approach down the corridor to the event space and then throughout the room’s seating, decor and event lighting. We also designed and created a series of custom decorative shards that were positioned on the stage to tie the whole concept together. 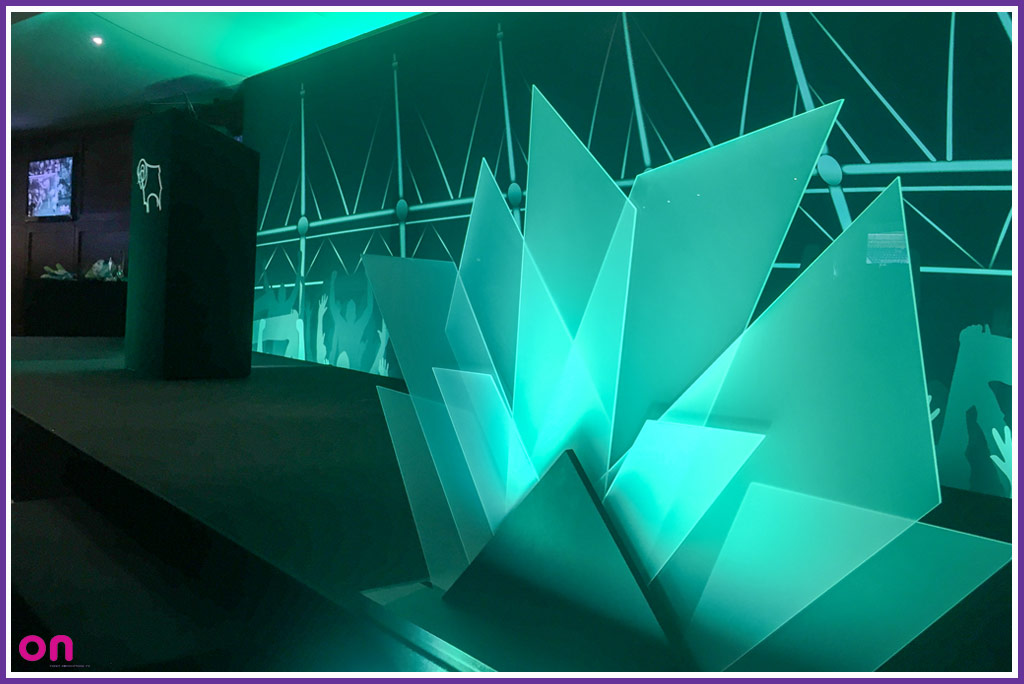 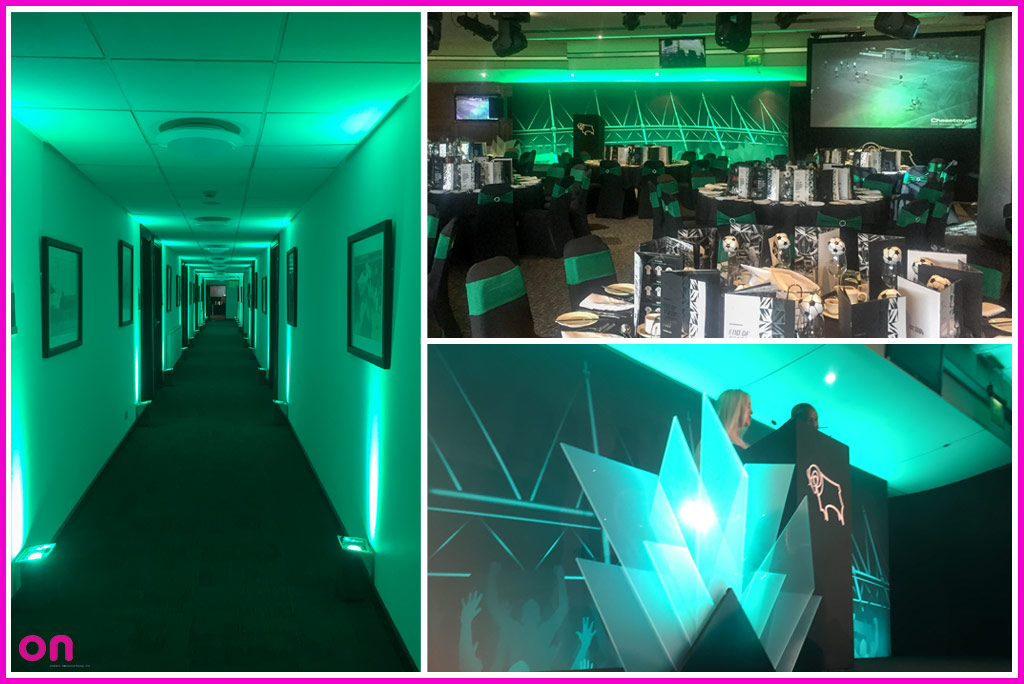 In addition to the production for the awards ceremony, we also provided technical production for a separate entertainment area for the after-show party, which included dancing into the early hours.

“It’s always really enjoyable to work with Faye Nixon and the marketing team on the production of the club’s end of season awards dinner.

“The feedback we’ve received from both Derby County and everyone who attended the event has been very positive and we look forward to teaming up with the club again next season.”

We create, We shape, We inspire

Our highly talented team of creative production managers, designers and technicians have an in-depth knowledge of the industry and a vibrant approach – Enabling them to provide tailored solutions to inspire your audience and create truly outstanding live events.